What No One Tells You About Going Paleo (And How To Get Started For Quick, Easy Weight Loss) 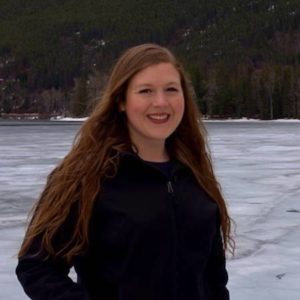 What The Paleo Diet Is & How To Get Started

We all know there are lots of “fad” diets out there.

You know, the ones that you hear about A LOT for a few months… all of the celebrities jump on the bandwagon… and then suddenly, you seem to never hear of that diet again.

The paleo diet isn’t one of those. It’s been around for several years now, and it doesn’t look like it will be leaving us anytime soon.

That’s because a lot of people REALLY like the paleo diet. It’s one of the most popular diets out there right now… and has been for several years!

In fact, I remember the first time I heard about the paleo diet—about 7 years ago. Since then, it’s only grown in popularity.

So, what’s all the fuss about? And if you DO already know the basic ins and outs of the paleo diet… what else is there to learn?

I’m here today to tell you what no one tells you about going paleo… plus how to get started for quick, easy weight loss.

What Is The Paleo Diet?

As its name suggests, the paleo diet is designed to mimic the diet eaten by our human ancestors thousands of years ago.

The Paleolithic era dates from approximately 2.5 million to 10,000 years ago. During this time, humans were hunter-gatherers.

Dr. Loren Cordain first published The Paleo Diet in 2002. However, his ideas were based on 20 years of research into the probable diet of our human ancestors.

The main idea of the paleo diet is that when we humans were hunter-gatherers, we ate the foods provided by nature that worked best for our bodies. In the last 100-200 years, however, we have started eating processed foods that are not ideal for our health.

Even agriculture was invented just 10,000 years ago. Before that time, humans did not eat cultivated grains.

And more recently, humans have started eating more refined and processed foods. For example, steel roller mills were invented in the late 1800s. Before then, refined flour was not available.

Along with refined flour, foods like vegetable oils, refined sugars, dairy products, and processed foods have only recently been introduced to the human diet. Although these foods make up a huge part of today’s modern Western diet… they are actually fairly new to the human diet overall.

According to the premise of the paleo diet, the human body hasn’t yet evolved to be able to properly digest these foods. Therefore, these foods cause inflammation and other negative responses in the body.

The aim of the paleo diet is to eliminate these foods… and to instead focus on eating nutrient-dense foods that your body can easily digest and convert into energy.

Dr. Cordain believes that by switching to the paleo diet, you can reduce inflammation and improve a wide variety of health conditions and most chronic problems… including metabolic syndrome, autoimmune disorders, mental health problems, and more.

What You Can & Can’t Eat On The Paleo Diet

Alright, this is where we get down to the details of what you should and shouldn’t eat on the paleo diet.

What To Eat On The Paleo Diet

When possible, try to choose organic, grass-fed, and pasture-raised options. In any case, opt for the least processed foods available.

What Not To Eat On The Paleo Diet

Basically, eat real food! If a food looks like it was made in a factory, avoid it.

And be sure to check your food labels for ingredients that you shouldn’t be eating.

However, what no one might tell you right away when you start the paleo diet is that not all “whole foods” are allowed. As you can see in the list above, even whole legumes and grains are not part of the paleo diet.

So while nuts like almonds are good to go for paleo… peanuts are NOT, since they are actually a legume. (Goodbye, peanut butter!)

Can The Paleo Diet Help You Lose Weight? (And How To Get Started)

You may be interested in trying out the paleo diet for a few reasons. Maybe you want to get healthier by avoiding processed foods… maybe you’re trying to identify a certain food that is causing inflammation… or maybe you want to lose weight.

So, can the paleo diet actually help you lose weight?

(As a note, further research is needed to determine the long-term health effects of the paleo diet. However, at this time, no negative effects have been found in research for people in good health.)

For some people, the paleo diet may result in weight loss because you are eating more whole, natural foods rather than processed foods. Cutting out processed foods tends to eliminate a lot of added sugars, salt, preservatives, and other additives and chemicals.

In addition, the paleo diet can stabilize fluctuations in insulin and improve glycemic control. This helps to control hunger cravings… as well as being a great benefit to those who have diabetes.

Some clinical trials have also shown that benefits of the paleo diet could include improved blood pressure control and lower triglycerides.

So, if you’re looking to lose weight and improve your health, consider giving the paleo diet a try!

When you’re just started out, don’t worry about going 100% paleo on day 1 if it doesn’t seem right for you.

Instead, start eliminating the foods you should be avoiding according the paleo diet… one here, one there. When you run out of dairy products, don’t buy more. Same goes for breads, pastas, beans, peanut butter, and other “forbidden” foods.

In their place, start eating more of the “allowed” foods. Add more vegetables and fruits to your menu. Start incorporating fish into your weekly meal plans.

After a little while, it will seem like second nature!

Or, if you’re the type of person who prefers to jump in headlong, do it! Clean out your kitchen, removing all paleo no-no’s from your refrigerator and pantry.

Then, make a grocery list of foods you should be eating on the paleo diet… head to the grocery store… and stock up!

Either way, going paleo is definitely doable and could be a great benefit to your health and waistline.

One of the core principles that the paleo relies on—especially for weight loss—is this:

Well, when you eat more protein, your body requires more energy to break those calories down, and turn them into fuel for your body…

As opposed to refined carbohydrates, which pretty much instantly get transformed into fat that’s stored (often in problem areas, like your belly, thighs, and upper arms).

It’s TOTALLY unfair… especially since many of the most delicious foods are, you guessed it, refined carbohydrates.

You don’t have to cut out ALL carbs and go full-blown paleo to lose weight.

The science backs me up here too… one recent study found that people who simply ate a little extra protein before bed burned up to 441(!) more calories the next day.

Or even if you’re not really a “gym rat”… (I don’t know about you, but I barely have time to relax, let alone work out!)…

If you eat a protein-packed snack before bed, you’ll likely experience the same exact weight loss benefits… without having to go full-on caveman:

Click here to see exactly how much protein you should eat for MAX weight loss.

P.S. Did you know studies show people who sleep like this have faster metabolisms? I had no idea!!