One University Banned THIS… And Their Employees Suddenly Lost Weight 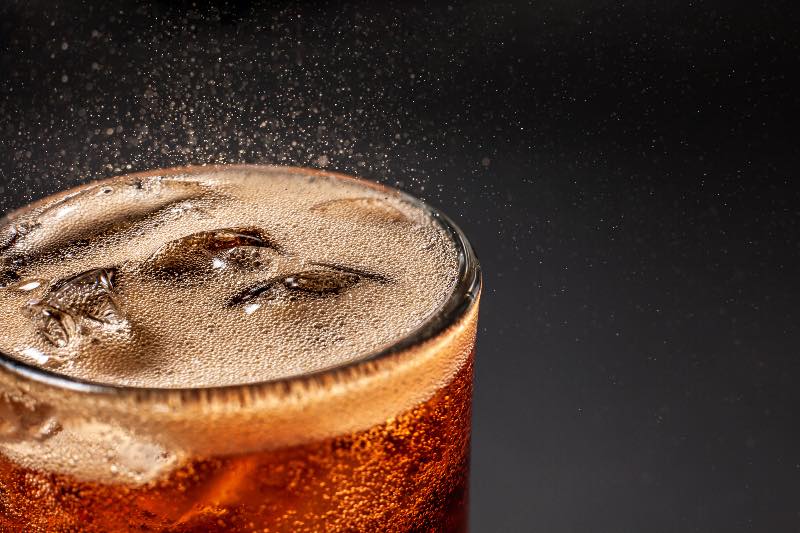 In 2015, the University of California, San Francisco banned the sale of ONE thing…

And within 10 months, their employees’ average waist size had shrunk by almost a whole inch!

So what was that thing that the university banned… that led to such fast and noticeable weight loss?

You might think it was candy… or processed foods… or maybe fried foods?

This included sugary sodas, as well as other drinks with added sugars, like fruit juices with sugar added. The university ban affects vending machines, food trucks, and cafeterias on campus.

In addition, there is no ban that prevents students or employees from purchasing sugary beverages off-campus… and then bringing the drinks with them to work or class.

With the ban starting at the University of California, San Francisco in 2015, researchers conducted a before-and-after study. The aim of the study was to determine whether this sugary drink ban had any effect on the health and weight of the university employees.

And as you’ve already seen, the study showed that this ban did indeed have an effect!

The study, which was conducted over a few years once the ban was put in place, found several health changes in employees.

As I mentioned above, within 10 months, the employees lost an average of one inch from their waistlines.

So what kind of sugary drink cuts led to these health improvements and weight loss?

The researchers found that since the ban began in 2015, employees’ sugary drink consumption has dropped by nearly 50%! Within 10 months, their consumption decreased by 48%.

Researchers also studied whether it made a difference to have a health intervention with employees at the beginning of the ban.

When rolling out the ban, researchers randomly chose half of their group of 214 employees. This group received a “motivational intervention.”

During this intervention, a health educator interviewed the employee for just 15 minutes. They discussed the way sugar affects your health, as well as ways to cut back on sugar consumption.

The study revealed that employees who received the motivational intervention were more successful at reducing their sugary drink consumption. On average, the intervention group reduced their intake by 25 ounces per day!

Why Sugary Drinks Are So Dangerous To Your Health

So, why did the University of California, San Francisco implement this sugary drink ban in the first place?

The truth is that sugary drinks hold NO health benefits. Added sugars only harm your body!

Soda also doesn’t contain any nutrients—no vitamins, fiber, minerals, or other nutrients that your body needs.

Sugary drinks are linked to weight gain. This is due to not only the high sugar content… but also to the fact sugary drinks do not help you feel full. So, you consume a lot of sugar and calories, but you never feel satisfied.

Consuming large amounts of sugar is also linked to gaining belly fat. Belly fat, or visceral fat, is especially dangerous to your health because it surrounds your organs.

As noted above, consuming lots of sugar can also lead to insulin resistance. This has been linked to type 2 diabetes, as well as heart disease.

In addition, drinking sugary soda has been connected to a higher risk of heart disease, type 2 diabetes, cancer, dementia, dental cavities, and gout!

How To Cut Back On Your Sugary Drink Consumption

Alright, you’re ready to cut back on your sugary drink consumption… and enjoy the same weight loss and other health benefits these university employees experienced!

But what if your workplace doesn’t enact a sugary drink ban? You can still cut back on your own!

Here are a few simple tips to help you cut back on sugary beverages:

Yeah, it would be great to quit cold turkey! But if you don’t think that’s realistic for you, it’s okay.

Try cutting back to just one sugary drink per day… then every day… then once a week… and pretty soon, you won’t even miss it!

If soda is your go-to beverage when you’re thirsty, try drinking a glass of water before grabbing a soda instead. That way, you’ll get hydrated and satisfy your thirst first.

Do you drink soda for the caffeine? Try some unsweetened tea instead.

You can still get your caffeine jolt… without the sugar shock. If you aren’t a fan of the taste of plain tea, try mixing in some lemon or peppermint.

4) Give seltzer water a try.

If you like soda because of the bubbles… try unsweetened seltzer water. If you still want some flavor, try adding a little fresh fruit or a squeeze of citrus.

Do you always grab a sugary fruit juice from the office vending machine in the afternoon? Or maybe you usually get a big soda when you go to the movies?

Try avoiding these sugary drink triggers for just a couple of weeks while you get used to going without these beverages.

It probably isn’t realistic to expect yourself to never drink another sugary drink. So instead of aiming for perfection and failing…

With these easy strategies, you’re ready to get started! Before you know it, you’ll be seeing the pounds and inches come off… just like the university employees.

Soda is FULL of sugar.

And a regular 12-ounce soda contains 39 grams of sugar (that’s about TEN teaspoons of sugar in just one can!)…

So it’s no surprise that just ONE soda is already putting your body in a “sugar overdose”!

And this sugar isn’t just making you gain weight.

So cutting out soda is a GREAT first step in cutting your sugar intake & increasing weight loss.

But let’s get real—we all have a sweet tooth, and no one wants to just eat celery all day.

Fortunately, a great way to reduce your sugar intake is to start cooking and baking with these 3 healthy sugar substitutes.

These sugar substitutes have been approved by a medical doctor as being much better for your health than regular white sugar… and actually help you LOSE weight… Plus, your taste buds can’t tell the difference!

Click Here To Get The Guide To The 3 Best Sugar Substitutes (Plus 2 You Should NEVER Use, According To Doctors)