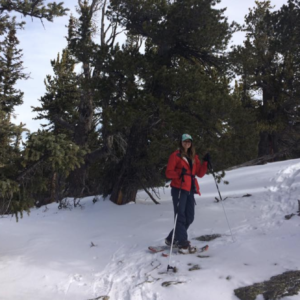 Rising Obesity Rates Are Endangering People’s Health… Here’s How To Fight It!

Obesity rates have skyrocketed over the past 50 years, particularly in the United States. The US has the highest obesity rates in the world. It has become both a national and a global health crisis.

Each year, the rate of obesity in America increases.

The Health Perils Of Obesity

The greatest danger of obesity is that it can prematurely kill you. Obesity significantly increases your risk of developing heart disease… musculoskeletal disorders… and certain types of cancer.

As Dangerous as Smoking? This Trendy Diet Has MANY of the Same Dangers…

One collaborative study undertaken in 2016 by researchers at the Harvard T. H. Chan School of Public Health and the University of Cambridge shows that obesity is correlated with premature death.

Researchers looked at data from more than 10.6 million participants in studies from 1970 to 2015. In order to avoid confounding factors, they excluded people who already had chronic diseases… people who smoked… and people who died within five years of participating in a study. This left them with 4 million people.

The researchers then looked at the correlation between BMI and mortality. They found that those with healthy BMIs had the lowest mortality rate… while every 5-point increase in BMI above 25 was associated with a 31% higher risk of premature death.

A more recent study conducted by researchers at Northwestern University looked at trends in deaths caused by heart disease in the United States. The rate of heart disease deaths has been decreasing overall due to improved medical treatment… but it has been stalling since 2010.

Life expectancy steadily increased over the course of the 20th century… thanks to developments in healthcare and medicine. But now, life expectancy in the United States is actually declining.

Last year, it dropped for the second year in a row. A recent study found that the life expectancy of 25-year-old Americans has dropped from 2010 to 2017.

Doctor’s “Slimming Secret” Revealed: “One Per Day to Lose The Pounds (& Keep Them Away)”

This is partly due to an increase in deaths of despair… which would include drug overdoses and suicides. However, the trends surrounding heart disease have certainly not helped matters.

Heart disease remains the number one cause of death in the United States. One out of four deaths are due to heart disease, according to the Centers for Disease Control and Prevention (CDC). About 610,000 American adults die of heart disease per year.

Obese people have an excess of fatty tissue. This forces their hearts to work harder. In turn, this causes the heart rate to increase… and often leads to high blood pressure.

How To Combat Obesity

The main causes of the prevalence of obesity today are the increased consumption of processed foods… and the increasingly sedentary lifestyles of people in the Western world.

The good news is that obesity is preventable. Just as obesity is caused by engaging in certain behaviors and eating certain foods… it can be undone by reversing that process.

It takes dedication and hard work, but it’s possible to return to a healthy weight.

If you are morbidly obese (with a BMI of over 35), bariatric surgery may be something to look into it. This involves reducing the size of the stomach.

Bariatric surgery is associated with weight loss and a decreased risk of getting heart disease. But it comes with some drawbacks… such as vitamin and mineral deficiencies… and ultimately, the most important thing is changing your lifestyle.

Lose Weight In Your Sleep: 3 Easy Things That Make You Wake Up Lighter (No Exercise!)

Don’t be afraid to seek help. Nutritionists and doctors can help you come up with an individualized plan to lose weight.

Consulting a doctor is also a good idea because certain medications cause weight gain as a side effect… and you’ll want to avoid that. Conversely, there are some medications that help you lose weight.

Here are a few basic tips on how to fight obesity:

1) Eliminate soda from your diet.

Soda is one of the biggest contributors to obesity. You can lose up to 15 lbs. by not drinking Coke for a year.

Drink water instead of soda. You can add flavor with mint or lemons.

Record everything you eat in a journal. You might be surprised to learn that you eat a lot more than you think.

Being aware of your eating habits is the first step toward improving them.

Losing weight is a gradual process that requires a radical transformation in your lifestyle and your mentality. This means finding sustainable strategies that will help you be healthy for the rest of your life.

If you follow a fad diet… chances are that you will regain the weight when you go off the diet. You need to create a sustainable, individualized approach.

So if you aren’t supposed to “go on a diet” to lose weight and prevent obesity… what are you supposed to do?

Especially if the same-old advice to “eat healthy and stay active” isn’t really working to help you lose weight or maintain a healthy weight??

That’s where some intriguing new medical research comes in.

According to this groundbreaking research, the key to staying slim and healthy ISN’T going to the gym for hours every day… or trying to live on a rabbit-food diet of celery & kale…

Instead, researchers found that losing weight… keeping it off… and staying healthy is actually all about what’s in your gut.

That’s because millions of bacteria live in your gut… and they have a HUGE say in how your body runs.

If you have lots of “good bacteria” in your gut, then your body runs smoothly and burns off (or gets rid of) the excess fat and calories you take in.

(Kinda like that one friend who seems to always be able to eat ANYTHING… and still stay slim and trim. A little frustrating… but wouldn’t you want to be able to do the same?)

If you don’t have enough “good bacteria” though… and too many “bad bacteria”… your body will hold onto those calories & fat… which will lead to weight gain… “brain fog”… irritability… and a whole LOT of other BIG health problems.

Fortunately, there’s a simple way (it’s doctor-approved, too) to introduce more of those “good bacteria” into your gut… so your body will naturally shed fat & stay slim.

To find out how to get more of those super important “good bacteria” into your system… and maximize your body’s natural fat-burning capabilities to prevent obesity & improve your health… click here: