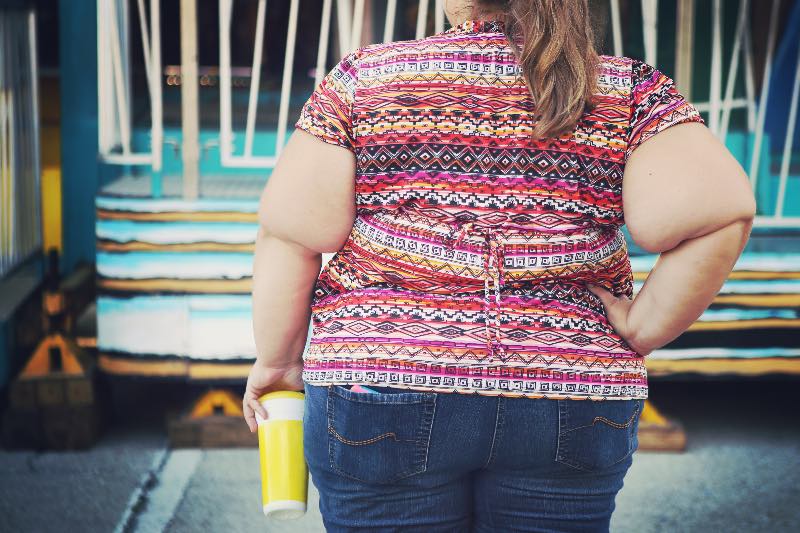 Extra Body Fat Is Bad Not Just For Your Physical Health… It Could Actually Shrink Your Brain!

In the past few decades, the obesity rate in America has soared. More and more Americans are finding themselves in the obese category due to poor eating habits and pre-existing genetic conditions.

This isn’t just a problem for individuals who are already at risk for high cholesterol, high blood pressure, and type 2 diabetes, among other diseases. New studies claim that there may be a link between obesity and brain tissue shrinkage.

Although the study of the brain is still relatively new, there are reasons to believe that brain atrophy is less innocent than we believe… especially when it comes to diseases like Alzheimer’s that lead to cognitive impairment and memory loss.

While shrinkage is common with age, a new study conducted in the UK shows that individuals in the obese weight category have different brain structures compared to individuals who are considered to be living at a healthy weight.

The biggest difference in the scans of obese individuals was a distinct lack of gray matter compared to leaner individuals. This could indicate a higher risk of memory loss and dementia.

While these studies still indicate a lack of research in this area, here are a few things to be aware of if you’re worried about weight gain and obesity.

1) Studies Show That Obesity May Lead to Brain Shrinkage

Much of the recent research on obesity shows a relationship between excess body fat and hormone secretion. Having a lot of extra weight can also impair your body’s ability to fight disease.

When it comes to brain matter, things get a bit more complicated. The recent study only sampled a limited area of the population by studying individuals with neurotypical brain function. So, scientists can’t yet draw conclusive links between the differences in brain scans of lean individuals and overweight individuals.

In general, however, brain atrophy has been shown to lead to cognitive impairment and memory loss. If left unchecked, it can even lead to seizures and dementia.

Individuals dealing with brain atrophy could end up impairing the part of their brain that’s responsible for forming new memories. This could lead to further long- and short-term memory issues.

We might not know too much about the link between obesity and brain atrophy yet… However, a series of recent studies show that excess weight around the midsection specifically can increase risk not just for brain shrinkage… but also a whole host of medical issues, ranging from cardiovascular disease to cancer.

This is because the weight that builds up around the midsection, a condition known as central adiposity, can end up causing metabolic issues leading to disease.

Even worse, deep belly fat can’t simply be worked off in the same way as other fatty tissue. Only strength training exercises and a clean diet will help the body shed excess pounds around the midsection.

This is why maintaining a healthy, active diet is more important than ever for people with central adiposity.

3) Obesity Could Lead to Other Long-Term Health Issues

The dangers of obesity don’t just stop there. If you’re someone who’s dangerously overweight, the risk of heart attack, cancer, and type 2 diabetes are enough reason to start pursuing a healthier lifestyle.

For folks whose BMI is 30 or higher, combating brain shrinkage and cancer can be as simple as integrating more plants and plant-based proteins into your diet. It can also be helpful to set up a regular exercise routine.

For obese individuals who are already at high risk for diabetes and Alzheimers, staying away from processed sugars and meats can help curb weight gain and reduce your risk.

Since saturated fats and processed sugars are one of the reasons obesity is on the incline in the States, sticking to a plant-based diet and eating only clean, non-processed foods are the best ways to start consistently losing weight.

If your BMI is already over 30, don’t panic. Even if you’ve struggled with obesity and weight loss for your entire life, it’s not too late to start taking control over your body.

Instead of becoming overwhelmed by all of the weight you have to lose… Try to implement a series of small, sustainable changes for the first few months. For instance, take the opportunity to swap out red meat for chicken or fish, and swap out a carb-based dessert for fresh fruit.

By taking it one step at a time, you’ll be able to develop healthier habits that will sustain you for months at a time. Try to implement an exercise routine that you know you can stick to. This could be as simple as a 30-minute walk each day or a few strength-training exercises you can do in the mornings.

If you want extra guidance on nutrition and exercise, talk to your family physician about finding better ways for you to stay on a healthy track.

Is Your “Second Brain” Telling Your Body to Store More Fat?

Did you know you have a “second brain”… and it’s in your stomach?

That’s right – there’s a nerve that runs straight from your brain into your stomach (called the Vagus nerve) – and not only that, but this nerve communicates with bacteria in your stomach that tell it when to burn food as energy, and when to store it as fat.

So these bacteria act as your “second brain,” and brand-new research has revealed that the more weight you put on… the more these bacteria tell your body to store MORE fat!

And it’s helped many of his overweight patients melt off hundreds of pounds, without any extra exercise or major life changes.

Here’s this doctor’s story and his groundbreaking discovery: