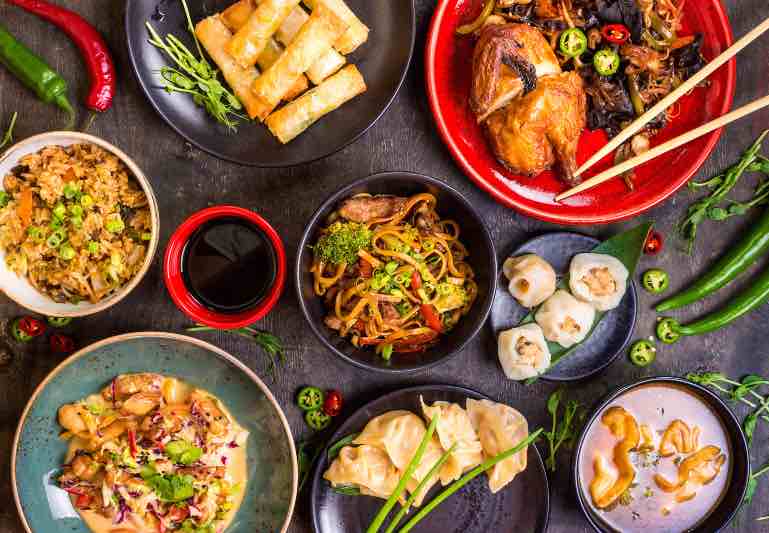 Kimchi is a tasty Korean miracle food that prevents and controls many health issues. It’s a Korean staple that, even in its simplest form, consists of at least 15 ingredients. There are hundreds of different varieties of kimchi that vary by region and season.

Kimchi was first documented in the Koryeo Period (918–1392), when fermenting was necessary to preserve food during Korea’s brutal winters because crops could not be grown for long periods of time. The original kimchi was quite different from modern kimchi, as it was radish-based.

As new foods became available, the ingredients changed. For instance, when Korea began importing peppers from America, they made their way into kimchi.

Kimchi is so much a part of Korean culture that there’s a Kimchi Field Museum in Seoul. I’ve also read that instead of saying “cheese” before a photo is taken, they say “kimchi” in Korea!

Kimchi is salted and fermented, and recipes include ingredients such as Napa cabbage, radish, scallion, and/or cucumber. Seasonings usually include garlic, brine, scallions, red chili, ginger, and shrimp or fish paste.

If you don’t feel like fermenting a batch yourself, you can pick up a jar at the supermarket.

You can dine on kimchi by itself or enjoy it with rice or noodles. It can be mixed into soups, pancakes, stews, scrambled eggs, stir-fries, salads, and other dishes. You can even top burgers, baked potatoes, sandwiches, and pizza with kimchi.

If you’ve been afraid to try kimchi because it’s spicy, I have good news for you!

White kimchi isn’t spicy, so give it a try. The red kimchi is spicy because it’s made with chili and/or cayenne peppers.

Kimchi has been called one of the healthiest foods in the world. It’s bursting with beta carotene and vitamins A, B1, B2, C and K. It also has healthy bacteria, Lactobacilli, which is also found in other fermented foods like yogurt.

Kimchi is chock full of essential amino acids, as well as iron, calcium, and selenium. It boasts antioxidants and probiotics as well.

Here are some of the many benefits you reap when you consume this delicious cabbage creation:

The vitamin C in kimchi aids in the production of many proteins, especially collagen, which maintains elasticity in our skin. Also, the selenium found in the garlic in kimchi keeps your skin and hair healthy.

2) Lessens the Symptoms of Alzheimer’s Disease

One study documented that the antioxidative and anti-inflammatory properties of bioactive compounds in kimchi may lessen the symptoms of Alzheimer’s disease.

According to the National Institutes of Health, kimchi’s vitamin A is a natural antioxidant that might decrease the risk of cancer, which is caused by free radicals that are produced when your body digests food.

Kimchi’s vitamin A protects us from age-related macular degeneration, which can be also caused by free radicals.

One study found that fasting blood glucose and cholesterol levels decreased in young, healthy adults when they ate kimchi.

As a probiotic, kimchi restores microbe balance in your gut. That improves bowel function and helps your immune system.

Because it’s fermented, its healthy bacteria aid in digestion.

The peppers, garlic, and ginger in kimchi have flavonoids and phenolics that boost the immune system.

In one study, the insecticide Chlorpyrifos degraded quickly during kimchi fermentation.

The pesticide was over 83% degraded by day 3. On Day 9, it was degraded completely.

10) Reduces The Inflammation That Speeds Up the Aging Process

As we age, most people suffer from inflamed joints (arthritis). One study showed that kimchi may delay the aging process by regulating the inflammatory process.

11) Decrease in Appetite and Cravings

The capsaicin in chili peppers boosts your metabolism, so opt for red kimchi if you like spicy foods and want to burn calories faster.

One study indicated that chocoholics had different “microbial metabolites” in their urine than “chocolate indifferent” individuals (definitely not me), even though they consumed identical diets.

That means that we can decrease cravings with kimchi probiotics, which help to balance out our gut microbes.

Tips for Adding Kimchi to Your Diet

It’s obvious that kimchi is full of benefits! However, there are a few things you should be aware of before you start adding kimchi to every meal.

Here are a few kimchi caveats:

With all of its health benefits, including reducing your appetite, kimchi can help you lose more weight, faster!

In fact, did you know that certain kinds of cheese can help you lose weight, too?

Yes! The cheese you’ve been sprinkling on your pasta (or zoodles) has been scientifically proven to potentially boost your body’s fat-burning mechanism.

Boutique weight-loss doctor, Dr. Steven Masley, will show you how this works…

Plus, more foods you can eat to burn fat faster in this short, free video: